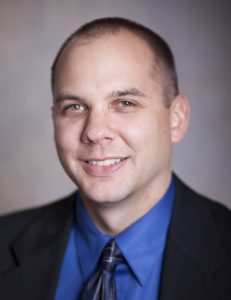 James Meyers oversees The Junction, but leaves day-to-day operations to the staff.  He joined the logistics industry in 2010 through affiliated companies Cannonball Express and Nebraska Warehouse.  Prior to entering the family businesses, he started his career in aquatics as a pool manager and later as an aquatics director. He moved on to risk management and was an Emergency Medical Technician for 6 years.  In addition, James worked for the local Red Cross as the Training and Education Manager.  He has been either a volunteer, paid staff member or authorized provider, teaching Red Cross programs for 20 years.

Earning an MBA in 2015, James’ education background includes certification as a transportation broker through the Transportation Intermediaries Association (TIA).  He joined Vistage International in 2011 and continues to volunteer and consult in aquatics when time permits.  He has served on non-profit boards and was a member of the local organizing committees for the 2008, 2012 and 2016 U.S. Olympic Trials-Swimming.